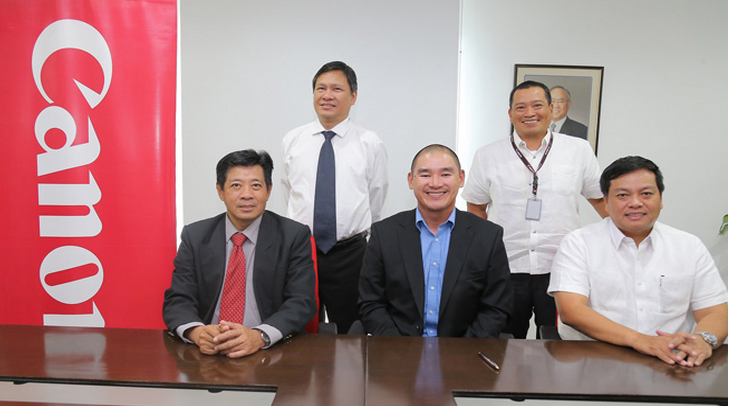 Canon Marketing Philippines Inc (CMPI) has got something up its sleeves that’s about to make golf a lot more exciting.

For the first time in the country, CMPI is bringing its superb imaging technology to the golf course as it partners with three-time Asian Tour winner Angelo Que. Canon and golf have always had a close relationship, and although this is a first for the Philippines, it certainly is not for president and chief executive officer Lim Kok Hin, who has led various partnerships with professional golfers in other Asian countries. “I understand the value of this sponsorship and the value of being associated with the sport,” says Lim. “As a company, we engage with business corporations and entrepreneurs. We want to market our technology, solution, hardware, and software to them, and a lot of men from the business world play golf. One easy way to reach them is through this sport,” he adds.The partnership is set to build relationships between the brand and many different corporations and the men behind them.

Que, who has been playing golf for 29 years, couldn’t be more thrilled to be part of this new campaign. “I feel very lucky that I was chosen to represent the brand. Canon is a very prestigious name, and to be affiliated with the brand is an honor,” he says.

Que is no nobody himself, having won many different tournaments that brought him to the top, including Asian tour victories like the 2004 Carlsberg Masters in Vietnam; the 2008 Philippine Open; the 2010 Worldwide Holdings Selangor Masters in Malaysia, and a lot of other regional and Asian golf championships. To say that he has established a name in the golf scene is an understatement, but he still couldn’t help but be excited about being linked to the brand. “Tying up with Canon is a game changer for me,” he admits.

Taking events sponsorship a notch higher, Canon will be stepping out into the golf course with Que, armed with their fastest cameras. Professional photographers will be taking photos of players’ swing sequence, which will be printed in a personalized booklet. Their swing, captured in its entirety frame by frame, would then be compared to Que’s, with the golfer’s remarks and personal comments alongside the picture.

Que is excited. “I’ll look at each photo one by one and give them important points that they can use in the future. With the help of Canon technology, we can help them improve their game.”

There are a lot of companies that sponsor various golf tournaments in the country, but this is something that has never been done before. “We wanted to do something more meaningful, give them something of value,” says Lim. And nothing could be more valuable to a player than getting useful comments from a professional golfer like Que. “It will be very interesting to the players. Not only would this little booklet make them remember Canon, but they would keep this and they would definitely love to show it to their friends. So it also gives us the opportunity to showcase our technology. This is how we will do it every time we sponsor a golf event.”

Lim admits doing it this way rather than the normal photo documentation is very ambitious. “It’s a little harder to stage. There are many technicalities, and a lot of things to consider, like where to shoot, what kind of background to use,” he explains. “But it’s definitely worth it.”

Both Lim and Que are excited about the partnership and are looking forward to bringing their a-game to the future golf tournaments they would be involved in.