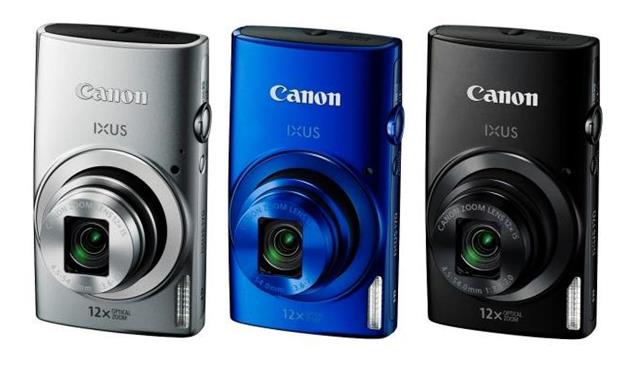 The new IXUS 170 and IXUS 160 feature high resolution of 20.0 megapixel CCD at a competitive price point. Exuding the IXUS signature style of elegance in simplicity, the new cameras are thoughtfully designed in sleek and streamlined form factor. With ZoomPlus technology, an intuitive imaging technology unique to Canon which dramatically doubles the zoom range in both cameras, the IXUS 170 and 160 with optical zooms of 12x and 8x respectively, will now be able to achieve a zoom range of up to 24x and 16x respectively. Intuitive features such as Intelligent Image Stabilization (IS) on the IXUS 170 and Smart Auto also enhance the fun and user-friendly experience, making photography a joy to rediscover.

“The new IXUS 170 and IXUS 160 were manufactured in line with the IXUS brand of providing images of remarkable quality at great value for the everyday user,” said Vinchy Sanchez, director for the Consumer Group, Canon Marketing (Phils.) Inc. “With intuitive features, users can expect a compact camera that delivers high image quality and usability.’’

Outstanding image quality accessible to all

Powered by Canon’s DIGIC 4+ image processor, the 20.0 megapixels 1/2.3-type CCD sensor on both cameras will produce high-resolution images, even where cropping is required. In addition, both cameras are capable of producing HD movie of high clarity in high definition resolution at a cinematic frame rate of 25p (frames per second).

Both cameras make use of Canon’s ZoomPlus technology – a technique that effectively doubles the zoom distance of the cameras with almost no loss in image quality. With ZoomPlus, the IXUS 170 and IXUS 160 can achieve 24x zoom and 16x zoom respectively.

Consumers who enjoy taking pictures with minimal tweaking of settings will be able to trust in the camera’s technology to detect the optimal settings, the ease in operation to simply point and shoot is paramount. Understanding the needs of this group of photographers, the IXUS 170 and IXUS 160 are designed to be intuitive and straightforward to use.

The IXUS 170 is also equipped with the Intelligent IS technology, which instinctively corrects incidental movement while shooting to ensure image clarity.

The environment of the framed scene such as brightness, colors, depth etc. will be automatically analyzed with Smart Auto technology. Settings will then be adjusted to optimal levels to achieve the best image output. For example, when taking a shot of the sunset, the camera will emphasize the warm amber hue of the sky so subjects in the picture will be evenly exposed.

Colors to suit your personality