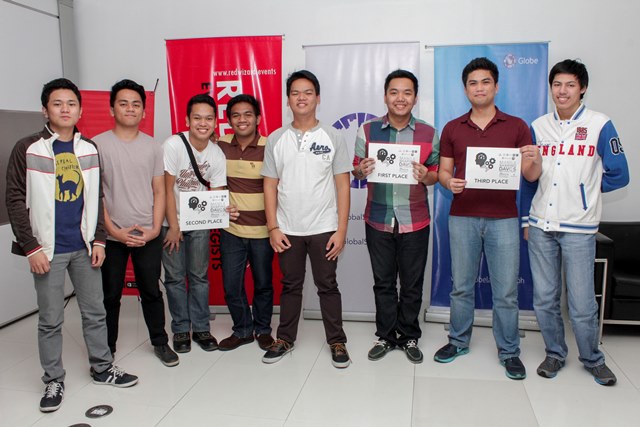 #HacktheSK: Young IT professionals, programmers create apps to introduce innovation to the SK

Global Shapers Manila Hub, in partnership with Globe Telecom, successfully staged the “Shaping Davos hackathon” to promote positive change and innovation in good governance among Filipino youth, particularly in the functions of the Sangguniang Kabataan (SK).

Innovative SMS-powered apps emerged as top winners in the said hack marathon or “hackathon,” which are earmarked to help address challenges in creating a more transparent and accountable youth council, or the SK, in each barangay in the Philippines.

Text-based app Tandem, which can be used to propose a project addressing an existing challenge, won first place among six participating teams in the two-day hackathon held at the Globe Valero Telepark from January 15 to 16, 2015.

According to team members, the winning app “gamifies” youth participation in SK activities in their area. After registering via SMS, the SK Council replies by proposing a project to all members. By partnering with the proposing SK, Tandem is provided with the resources for real-time monitoring of member engagement as well as budget allocation, and then evaluates the SK projects’ overall performance. It will be pilot-tested in San Juan City.

Meanwhile, second placer “Selfie” uses a web-based interface integrated with the Twitter application programming interface or API, where selfies tagged and collected will be used to identify the most active barangay in terms of youth initiatives and the type of events preferred by the public, among others. Coming in at third is was “Our Voice,” where a dashboard tallies citizens’ votes on certain issues which can help in decision and policy-making processes of elected officials. The app will also allow donations through SMS, where phone credits or load will be converted into funds for organizers. Winners were awarded with BizSpark accounts from Microsoft as well as other prizes from event partner Red Wizard.

“Globe is honored to work in close collaboration with cause-oriented organizations such as the Global Shapers to inspire nation-building among our youth. The successful outcome of the ‘hackathon’ is proof that today’s technology coupled with their drive for innovation can yield positive effects in governance, even at the SK level,” said Globe Director for Corporate Responsibility Fernando Esguerra.

Prior to the main “hackathon,” Sen. Bam Aquino led representatives from the government, development sector and members of the media in an interactive panel discussions hosted by the Manila Hub. Hackathon participants raised important issues, such as the application of innovation in good governance similar to areas like entrepreneurship, and that opportunities abound in engaging the youth in SK activities and monitoring their feedback. The best way to reform the SK, they said, is for good people to run.

The “Shaping Davos hackathon” is part of the Annual Meeting of the World Economic Forum (WEF) in Davos, Switzerland, where the Global Shapers Manila will be among 40 of the select hubs worldwide to discuss one of 10 issues, including the topic, “Working from the bottom-up: The new future of governance.” Globe Labs, the developer community of Globe Telecom, also presented its latest APIs which can be used in app development benefitting SK units to roll out their duties.

The Manila Hub is part of the Global Shapers community composed of young extraordinary individuals with great potential for future leadership roles in society, making it imperative for its members to look for ways to resolve concerns affecting the youth. On the other hand, Globe is a staunch advocate of good governance and leadership development amongst the youth through initiatives such as LeadCom with Ayala Foundation Inc. and C@talyst, which is also with Global Shapers Manila Hub.