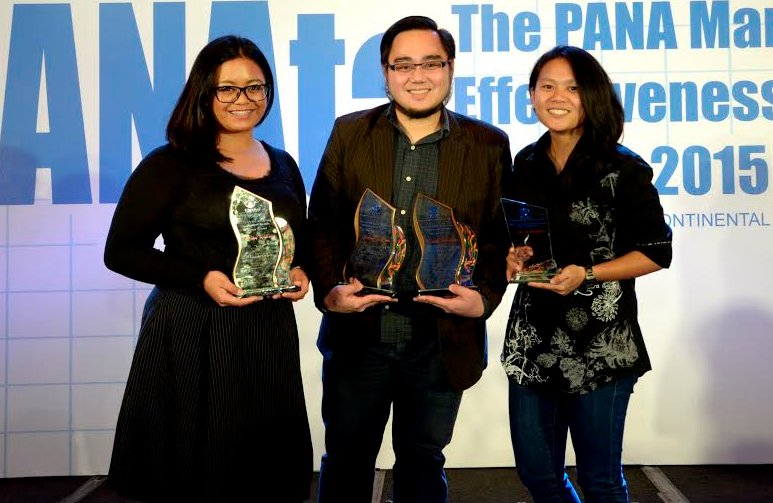 Among 59 awardees and top Philippine companies with multiple wins, the No. 1 mobile brand in the country captured distinctions in all of the categories it entered into. These include advocacy marketing as well as brand and internal communications.

“To be bestowed with these PANAta awards is an affirmation from local advertising industry stalwarts that our advocacies and communication programs transcend their purpose. They can serve as effective marketing tools to deliver a ‘Globe of good’ to a wider public as we continue to be a model corporate citizen of the Philippines,” said Globe Senior Vice President for Corporate Communications Yoly Crisanto.

Globe received an award for its Project 1 Phone, the far-reaching corporate social responsibility (CSR) program which encouraged customers of the telco as well as its enterprise ICT segment Globe Business to take part in a wide-scale electronic waste (e-waste) recycling movement. The idea of donating old mobile phone units into useful materials for building schools in Aklan resonated well among stakeholders and concretized the concept of a viable environmental sustainability drive.

With over 50 enterprise clients pitching-in, Project 1 Phone has helped reduce greenhouse gases by about 207 million kilograms. Online, the promotional video material has so far garnered more than 471,000 YouTube views, while total digital efforts accounted for 37.2 million impressions. Most importantly, the proceeds have reached more than US$ 189,000 or P8 million for the construction of Aklan-based schools.

Globe also won an award for its #ProjectWonderful integrated corporate campaign. It sparked genuine customer centricity and innate care for its customers, especially for Typhoon Haiyan survivors as the telco’s response to nation-building in the aftermath of the calamity. It contributed to donation and fund-generation as well as triggered volunteerism to build 100 homes in Leyte and Aklan. Media mileage also reached more than US$ 2 million from the PR executions’ global buzz online brought about by American actor Gabriel Macht’s involvement, and also through traditional broadcast channels. #ProjectWonderful also redounded on the telco’s business by positively affecting its financial performance during the campaign period.

Another advocacy winner was the Globe #StopSpam campaign for effectively combating unsolicited text messages. This was made possible through an integrated marketing communications plan using news and public affairs as catalyst for the movement. It banked on the strength of current affairs platforms on TV to launch and deliver credibility. After making rounds in social media and picked up by traditional outfits as well as online sites, #StopSpam generated an enormous 50 million Twitter impressions from almost 10,500 mentions in 2014. It also helped the telco to block over 2 million spam and scam messages, ultimately benefiting its 2-million plus postpaid customers.

Rounding up the wins for Globe was its CSR pillar “Give,” which promotes active citizenship through volunteerism by engaging employees to share their time, talent and treasure. It involved major campaigns to encourage involvement in volunteering and “volun-teaming” hubs, the “Cordi Challenge 6” bike event for the re-greening of the Cordilleras, Brigada Eskwela for education, and pledging for the Earth Hour/Earth Month, among others.

Distinguishing brand communications that strengthen and build business on top of espousing core PANA values, the PANAta Marketing Effectiveness Awards saw the participation of advertisers, advertising agencies, media agencies, advertising suppliers, academe, government agencies and non-government organizations. The only local telecommunications company recognized by the esteemed advertising body this year, Globe has also been an active member of PANA as a responsible advertiser, adhering to strict and ethical standards of practice in Philippine advertising.

Next Post Lenovo Smartphones for an Amazing School Year Ahead