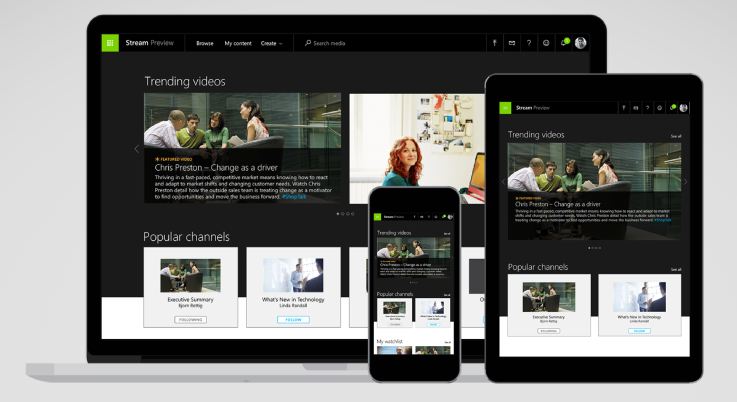 Microsoft on July 18, unveiled Microsoft Stream, a new video service that will give businesses the ability to share videos both inside and outside their companies, while also having access to the same kind of tools and flexibility that YouTube offers, albeit with the additional benefits of the security tools enterprises.

With just a simple sign up, users can begin uploading, sharing, and tagging videos in their organizations.

James Philips, Corporate Vice President of Microsoft Business Intelligence Products Groups, wrote in a blog post that video is one of the most powerful ways to connect, communicate and learn today, breaking down geographic boundaries and bringing different human element to digital interactions.

Aside from Stream, Microsoft also has another business video service in Office 365 Video. According to Philips, the Stream builds upon the learning and success of Office 365, and in time, the two features will converge, making Stream the actual video experience in Office 365.

The company noted that there will be no changes to the Office 365 video during the preview of Microsoft Stream.

It appears that the company is still looking to make improvements in the future Stream versions by working on features like speech-to-text, automatic translations, and support for face recognition.