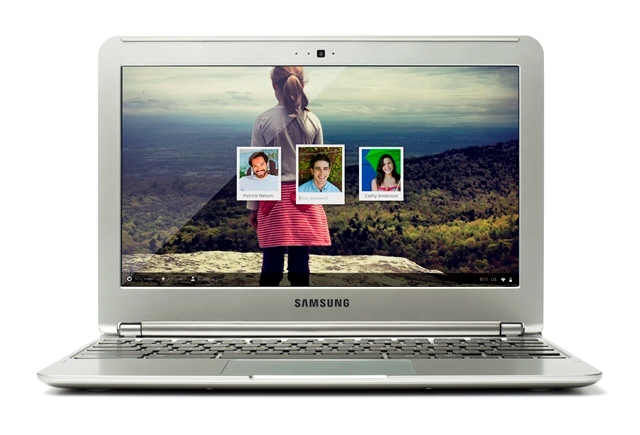 Everybody’s eyes are on Microsoft’s ever-important Windows 8 nowadays. It’s such a drastic change from the operating system we all loved and loathed that it’s difficult to predict if it’s going to be a hit or a miss. But while manufacturers churn out Windows 8 laptops by the bucket, there’s one peculiar kind of laptop that throws out the idea of what an operating system should be: The Samsung Chromebook.

See, it runs on an operating system that is essentially a browser. The idea behind is that you could actually do all your work with cloud-based software that Google offers. Needless to say, with only 16 GB of on-board storage, your documents and files would be best served living in the cloud.

The specs, as expected with a computer that’s only required to run a browser, are far from what we’re used to seeing in new laptops. It’s got a dual-core ARM chip, 2 GB of RAM, Wi-fi, Bluetooth and not much else. It’s pretty much a tablet with a keyboard, although at a little more than $200, it’s still cheaper than the iPads and the Galaxy Tabs.

As a writer, the Chromebook certainly is interesting. I could access my files anytime, anywhere (provided you have internet connection) using a very portable computer that has little to no bloatware. It’s like carrying an old Nokia phone that’s just meant to be a call and text machine. No frills, no hassles.

Then again, is it value for money? Are there really people who need such a specialized device to do their work? In the Philippines, most consumers what all-in-one devices because, let’s face it, we have a harder time earning moolah than others. Having a computer that does only a few things might not tickle our fancy if we can buy vastly more powerful devices by adding just a few more pesos.

The Chromebook aims to give a stripped-down experience, valuing productivity over power and features. But a computer that only runs a browser might be best offered to other, more tech-savvy and industrialized countries.