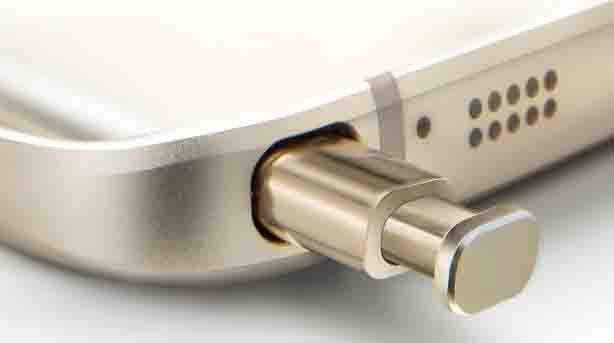 In an email to The Verge, Samsung announced that it has changed the design of the Galaxy Note 5 “S-Pen” to fix the flaw. The flaw is about being able to insert the S-Pen the wrong way (backwards), if you do – it will get stuck and in most cases damage the S Pen detection mechanism.

“Samsung can confirm that the Note 5 internal S-Pen mechanism has been changed to avoid the issue caused by inserting the S-Pen incorrectly, As always, we recommend following proper instructions for storing the S-Pen.” said Samsung.

The fix: Samsung has introduced a greyish white “switch” that allows the S-Pen to eject when it is inserted backwards.

Samsung reiterated its call to all Note 5 users to follow the instructions as given in the user manual to avoid any problems with their S-Pen thus making it unserviceable.