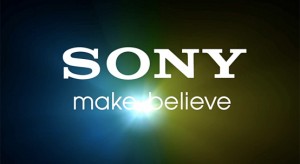 Reports indicated the Sony plans to buy out the remaining 50% of their joint venture with LM Ericsson Telephone Co. formed last 2001. Sony is reportedly prepared to pay Ericsson $1.3 billion to $1.7 billion to gain full control of the partnership.

There’s a couple of reasons why Sony wants the buyout. One, Sony Ericsson is losing market share for quite sometime now and it will continue to drop as the demands for high-end phones are declining. The popularity of Xperia smartphones remains low. The direction of both companies seems to be going different paths – Sony is focussing more on the consumer products like tablet, PC, game consoles, TV, cameras and some other businesses while Ericsson on the other hand is more on the telecommunication-network equipment and is more focussed on the business-to-business market.

If the buyout will not materilize, both Sony and Ericsson will continue to lose market share. Sony Ericsson has recently switched its focus to produce smartphones under the Android platform but the move backfired somewhat because it has relagated the phone company to No. 9 in global cellphone rankings from No. 4 just a few years ago.

The move to Android was also a bit late since other phone makers like Samsung, HTC, Huawei, ZTE, and others are producing phones using the Android platform. Not to mention Nokia and Apple who has been controlling the cellular phone market for quite sometime now. Also Include PC companies like Acer, Lenovo, Asus, HP, Dell and other players who are also releasing their own hyrid phones and tablets with phone capabilties. The competition is really getting tougher and tougher.

The reason why the joint venture was formed was for the phone company to snare new customers by bringing innovative phones that capitalizes on Sony’s popular content. Sony Ericsson’s phone containing music catalogs, thanks to Sony BMG, movies / films, gaming functionalities with Playstation technology as seen with the new Xperia Play which gives users access to Playstation games. But as I’ve said, the release was late and expensive as well.

Another problem is its parent company, Sony itself is Sony Ericsson’s partner and competition as well. Sony is also rolling out products that are in direct competition with Sony Ericsson’s product. Just recently, Sony released a tablet computer using the Android software. Also, Sony also released their own-branded portable gaming device.

Another problem that will face the join-venture is the recent announcement of Sony that it will franchise PlayStation to other phone makers. If this happens, it will erase the advantage Sony Ericsson has over other phone manufacturers in the gaming department.

That’s why it makes more sense for Sony to take control of the entire joint-venture so that it can produce more innovative products without worrying whether it will hurt the joint-venture or not. Involving Ericsson in the picture will make it harder for Sony to achieve its goals.

And lastly, if Sony or if Sony Ericsson would want to compete with Samsung, Nokia, and Apple – they will need to dig deep into their pockets to become a major player in this space, or a threat at least. Sony as a company will have the money to do it, the joint-venture don’t have the budget to do it. I doubt very much if Ericsson as a company will spend that much since this is not their core business.

So at the end of the day, I think it will be a win-win situation for both companies to part ways before its too late. Sony can go on with its consumer strategy and Ericsson can concentrate on its network business and will be $1.5billion richer.

Previous Post Should HP spin off its PC unit?