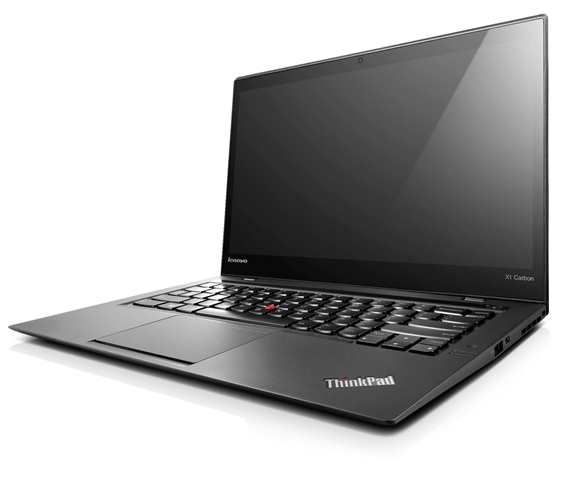 The best product designs in the world are often driven by purpose, thus resulting in solutions with simple forms. The design team at Lenovo had this in mind when they developed the ThinkPad X1 Carbon back in 2011. The ThinkPad X1 is the company’s flagship business Ultrabook that was not only light and portable, but was also extremely durable.

This philosophy was utilized in the third generation X1 Carbon, which recently garnered 18 awards at the international Consumer Electronics Show (CES) in 2014. Building on the foundation of its illustrious predecessor, the X1 Carbon series continues to push the boundaries of design and usability that Lenovo’s ThinkPads have become known for in the company’s 21-year history.

“With a thin and minimalist exterior that houses a light and virtually indestructible machine, the ThinkPad X1 Carbon is a contradiction that complements substance with style. Packed with durability features, aesthetics and cutting edge performance, the ThinkPad X1 Carbon epitomizes Lenovo’s commitment and advancement in product innovation that caters to a new breed of savvy and classy Filipino professionals,” said Michael Ngan, Country General Manager, Lenovo Philippines.

Chic and Practical
Made from satellite-grade carbon fiber, the X1 Carbon is born from the same stock as aircrafts and race cars and is the lightest 14-inch laptop in its class today at 2.83 lbs. Despite its slim design and portability, the battery life has likewise been increased to reach up to nine hours on a single charge, thus enhancing productivity.

The ThinkPad X1 Carbon’s Adaptive Keyboard will dynamically adjusts based on the application being used to highlight the most relevant keys. It also makes shortcuts even shorter, allowing business professionals to streamline tasks like navigating social networks and editing spreadsheets.

Using its integrated voice and gesture controls, users can now also interact in more intuitive and modern ways. The X1 Carbon’s sharper, brighter and higher resolution display and wider viewing angles ensure that one gets a superior viewing experience.

The new X1 Carbon is the culmination of the best hardware and software features that Lenovo’s Think line has to offer. It is a testament to a purpose-driven design that leverages a long and illustrious Think heritage to deliver a product whose whole is greater than the sum of its parts.

The new X1 Carbon is available in ThinkPad Exclusive Stores, at Php105,000.