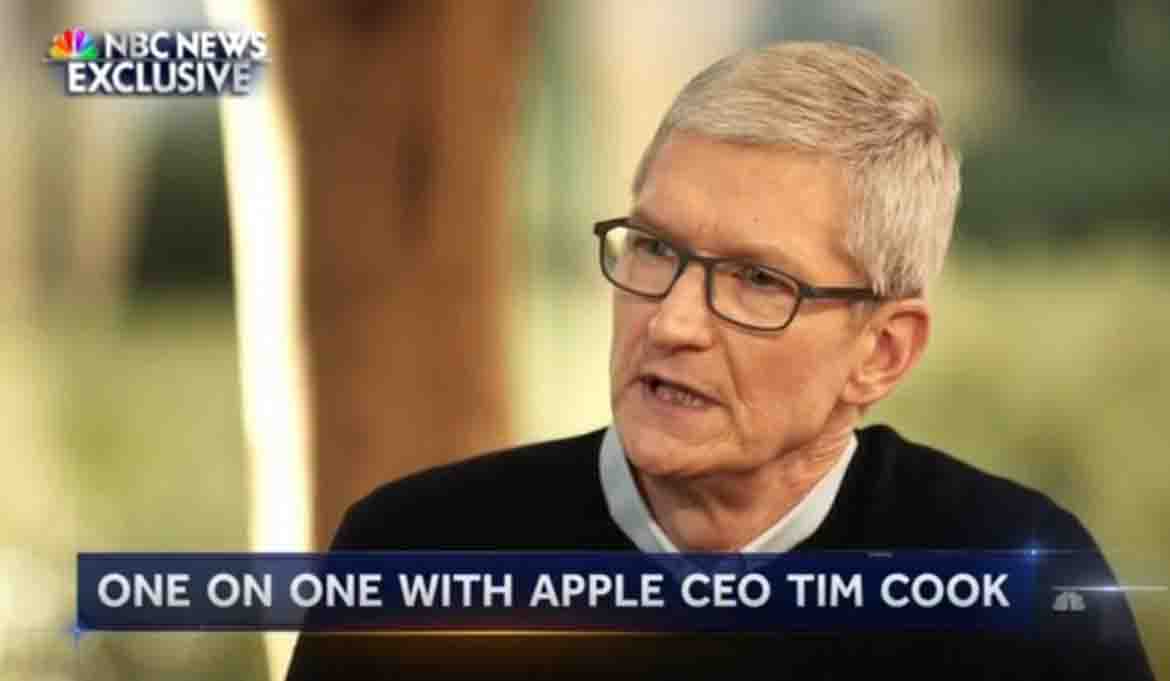 In an interview with NBC Nightly News anchor Lester Holt, Apple CEO Tim Cook said that social media can be used as as a tool for misinformation and manipulation, on how easy it is to abuse the available social media platforms.

“I don’t believe that the big issue are ads from foreign government. I believe that’s like .1 percent of the issue,” Cook said.

“The bigger issue is that some of these tools are used to divide people, to manipulate people, to get fake news to people in broad numbers, and so, to influence their thinking, And this, to me, is the No. 1 through 10 issue.” added Cook.

Here is the interview: