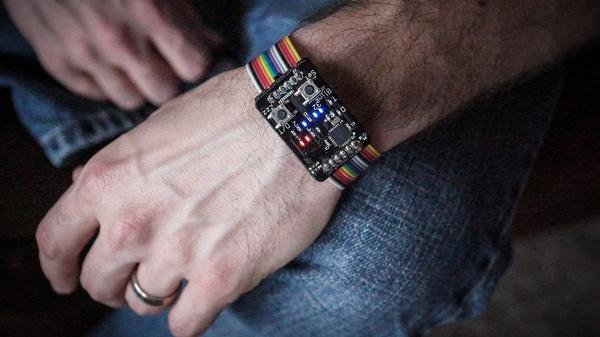 If you’re looking for a watch that displays time using binary digits then the Open Source Binary watch is for you. The watch was made by Jordan Wills, an engineer based out of the Austin, TX area who works with embedded systems.

The Binary watch runs on a microcontroller and uses three set of LEDs to tell the day, month and time and it’s controlled via two push buttons.The wrist band is a rainbow ribbon cable making it look like retro style. If you don’t have any background on binary clock, it’s quiet difficult to tell the time, that the reason why it is designed specifically for tech enthusiast.

The watch became popular and was immediately sold out online but he uploaded on a website called Github the source codes and tutorial so you can make your own Binary watch. The Binary can be pre-order on jordan’s website for $45.