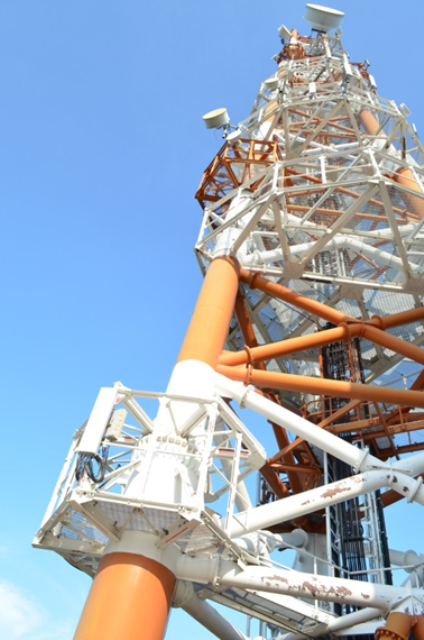 Since pioneering the LTE technology in the Philippines, Globe has been enhancing its wireless network infrastructure, focusing on the expansion of its LTE-TDD and LTE-FDD ultra broadband access technologies for a more pervasive LTE coverage.

The expansion, which involves activation of more than 4,300 cell sites with the LTE technologies, is part of the company’s continuing adoption of more advanced technologies to future-proof its network. The LTE-TDD and LTE-FDD technologies offer higher bandwidth, which enhances speed of data transfer, provides lower latency and increases overall network capacity.

The growing pervasiveness of its LTE coverage will enhance and strengthen Globe Telecom’s mobile data service in major metropolitan areas such as Manila, Cebu, Davao and other key cities and tourist destinations in the country, enabling customers to explore and share online at faster internet speeds. According to Cu, the company will continue to upgrade its network infrastructure to sufficiently accommodate the growing popularity of smartphones among Globe customers.

Globe completed its $700 million network modernization initiative to deliver the most advanced network infrastructure in the country, putting in a brand new access, transport, and core network nationwide. As part of the initiative, the company also completed a nationwide rollout of 4G network, using the HSPA+ technology. In addition to adequately serving its customers high data usage and enhancing their digital lifestyle, the company’s HSPA+ network also enables the company to provide the required and performance for the rapidly growing data consumption of business enterprises, said Cu.

Globe also demonstrated proof-of –concept trials on LTE-CA and LTE eMBMS, which are latest LTE technologies as part of effort to stay ahead of its customers’ growing data requirement. The LTE CA technology dramatically increases efficient utilization of frequencies and thus would enable Globe to aggregate spectrum for higher bandwidth capacity and improved customer experience. The LTE eMBMS technology, on the other hand, will pave the way for efficient delivery of video and multimedia services using the company’s LTE network.

A study conducted by OpenSignal, which specializes in mobile coverage mapping by crowdsourcing signal strength, data speed and reliability, affirmed Globe Telecom’s superior internet service amid continuing advances in its network infrastructure. In terms of latency or lag time, an important metric in determining true user experience, Globe latency is the lowest among telecommunication providers in the country, rendering the Ayala-led mobile operator to be the provider of fastest internet service in the country.

Globe latency averaged 93.3 milliseconds (ms), 99% better compared to its main competitor, which had a LTE latency of 185.4 ms, OpenSignal said in its latest report on the state of LTE technology in the Philippines. According to OpenSignal, LTE latency makes a huge difference in customer experience particularly when using mobile internet. Based on the study, Globe Telecom’s average latency is about half the time of its competition.

“Latency is the time it takes for the server to acknowledge a request from a device, and it has a big impact on video streaming and VOIP in particular – meaning that users on Globe will notice a significant difference in performance for these activities, among others,” OpenSignal said. Latency, it said, is an important metric that has a major impact on how fast a network feels, irrespective of the download/upload speed. “It is important to note that for latency, a low time is better than a high time,” OpenSignal added.