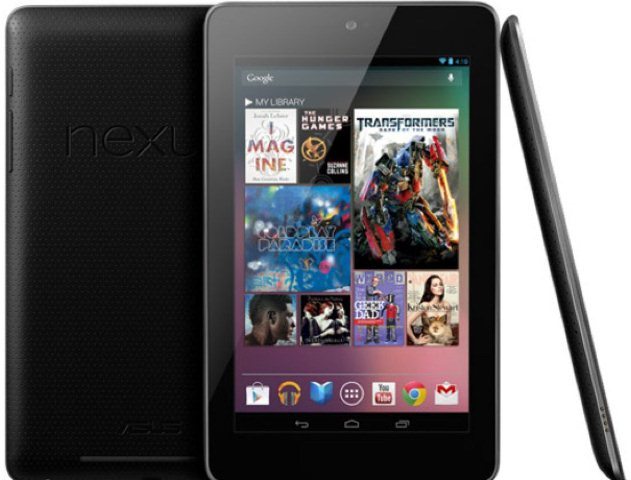 The iPad always had dibs when one is looking for a tablet. But that was 100 years ago, and with a slew of Android slates, Apple was forced to release the iPad Mini. The smaller size was a breather for someone like me who already has a laptop and a smartphone and can’t just justify lugging a 10-inch tablet. But the Mini has some tough challengers, headlined by Google’s Nexus 7 made by Asus.

Making a flat screen standout from others is a real challenge but Asus has done a commendable job. The Nexus 7 features a regular black bezel on the front lined by silver plastic on the sides. The back though, is wrapped in a unique, leather-like material that has tiny “holes” which looks really elegant. And with a less-than-a pound weight, the Nexus 7 is one very  “holdable” device. Browsing with one hand is a treat and the great build quality assures its durability. In fact, it’s actually the first portable gadget I used that I won’t mind carrying without a case.

Compared to the new iPad (the one with Retina Display) I found the Nexus 7’s 7-inch screen lacking sharpness. But it’s certainly not something to cry home about. I watched a movie and an episode of The Newsroom and the colors were accurate and vibrant enough to not cause eyestrain.

I got my hands on a Nexus 7 with Android’s latest Jelly Bean 4.2 and the performance didn’t disappoint. Swiping through homescreens was buttery-smooth with almost no hiccups when running multiple apps. The blazing speed might be best attributed to its quad-core Tegra 3 processor with 1 GB Ram. Try using a Galaxy Note 2 and you get the idea.

It comes in 16 GB and 32 GB Wi-fi-only models (a 3G version was released in the US.) And there’s no sd card slot, which is a bummer. It does have the usual connection suspects: 4.0 Bluetooth, a gyroscope, a compass and an accelerometer. It even has NFC for wireless sharing, even if the technology’s basically in its infancy.

Speaking of media, it has one glaring omission: A rear-facing camera. Apparently, as I do, Google thinks only silly people take pictures using their tablet. It does have one in the front, albeit a crappy one, for video-calling.

Battery life’s on par with the average for devices with this size. 3-4 hours of surfing with brightness at more than 50% percent will probably halve your battery. Rest assured though that it doesn’t guzzle juice at an alarming rate.

Great performance, full Android OS, incredible ergonomics, solid battery life and an assurance of constant updates and upgrades from Google. Sounds like a winner right there, until we factor in the almost dirt-cheap (for a premium tablet) price of around $200 or P9,000-P10,000 without tax. For comparison, the iPad Mini should be hovering around P20,000 when it comes out, although it does have a 4G version and a still-more-robust Apple App Store.