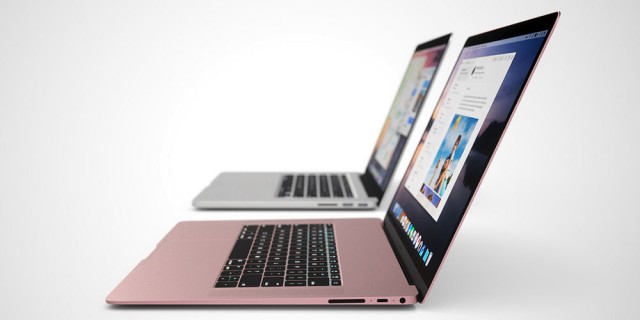 Rumors stir that a major upgrade will come to Apple’s MacBook lineup after some significant inevitable changes this year and that would be the MacBook Air line will be dropped while they make the MacBook Pro thinner than ever and similar in design to the 12-inch Retina MacBook.

According to Digitimes, Apple is ready to launch new ultra-thin MacBooks in the second half of 2016 and it will feature a new metal injection molding made (MIM) hinge, likely provided by U.S.-based company Amphenol. The company also provides hinges for Microsoft’s Surface Pro.

The 12-inch Retina MacBook has only a single port but rumors claim that the new MacBook will have USB type-C ports on both sides. According to 9to5Mac, the new MacBooks is expected to arrive in gold and rose gold color options.

Previous Post Can a millennial survive without a phone

Next Post A man installs Flappy bird on an e-cigarette