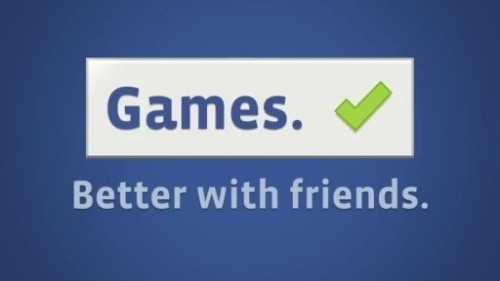 Social networking is everywhere. It started out with people accessing their pages with only their PCs and notebooks. Now, users are accessing their pages using their tablets and mobile phones. Because of this phenomenon, it has also changed the way people communicate – be it personal or at work. A couple of years back, people open first their email than any other application. Now, its Facebook or Twitter first before anything else.

Just recently, the NPD Group released a study stating that video game sales fell sharply in February. Sales of game software in the U.S. went down 23% in February compared to the same period last 2011. NPD data only includes sales made through traditional retail outlets and not those made over digital channels.

According to NPD, the top selling game for February 2012 continued to be “Call of Duty: Modern Warfare 3” from Activision Blizzard Inc. followed by “Final Fantasy XIII-2” from Square Enix, “UFC Undisputed” by THQ Inc. and “Kingdoms of Amalur: Reckoning” by Electronic Arts Inc. On the hardware side, the Xbox 360 from Microsoft Corporation sold 426,000 units. Nintendo Co. said it sold 228,000 units of its Wii cosole and 262,000 units of its handheld 3DS console during the month.

Now, where will we attribute the continuous decline of video game sales? I would dare say that social and mobile gaming has a lot to do with this changes.

If you could still remember, there was a time Farmville was one of the most played game. Then came Angry Birds. Now, people are playing Move the Box and Temple Run. Just to share with you, the top 10 paid iPhone games are: Angry Birds / Fruit Ninja / Doodle Jump / Cut The Rope / Angry Birds Seasons / Words With Friends / Tiny Wings / Angry Birds Rio / Pocket God / Camera+.

Now why the sudden popularity of these games? I believed it has something to do with the popularity of these devices: iPhone / iPad / iPod Touch. Not to mention, of course, that most of the games are free to download. Portability is another reason, gamers can practically play with these games from anywhere and anytime. Interactivity can be another reason since the games can be played with other players worldwide.

In other words, the landscape of how people play games is changing or has changed. Most of our young gamers are looking for devices that they can play games with, call, browse, text, take photos, videos among other things. A device that will entertain them and at the same time allow them to communicate with their friends.

I am logging off. Stay cool and God Bless!