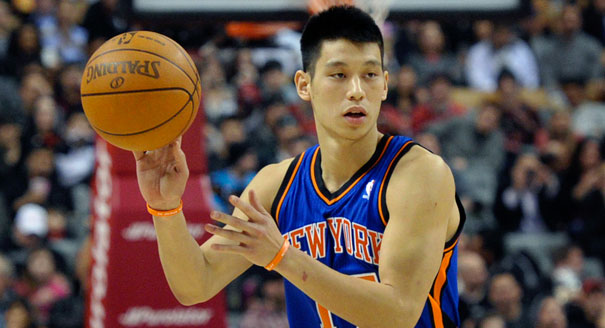 If there would be one post on your Facebook news feed that is commonly shared by your friends and family, chances are high that it’s about Jeremy Lin – the new NBA sensation whose rise to stardom is remarkable. From rags to riches – from virtually unknown to NBA superstar. Before we go any further, here’s a brief background of who Jeremy Lin is?

He was then waived by Golden State and the Houston Rockets the following preseason before joining the Knicks early in the 2011–12 season. In February 2012, Lin led a winning streak by New York while being promoted to the starting lineup, which generated a global following known as Linsanity. And as they always say – the rest is history.

Aside from his basketball skills, I would dare say that technology contributed a lot in Lin’s rise to stardom particularly social networking sites. Basketball fans can’t help but share any information about Lin’s skills. His interviews, testimonies and basketball magic are all over the web. Lin practically invaded both Facebook and Twitter.

According to the social analytics firm General Sentiment, Lin generated about 2.6 million mentions on Twitter and on social media in about one week, more than Kobe Bryant, LeBron James and seven of the NBA’s other most elite players combined. What do they say about Lin? In a blog post from Nielsen/McKinsey company, topics about Lin varies from humor (23 percent of Lin’s buzz), “LinSanity” (22 percent) and comparisons to veteran NBA players Kobe Bryant and LeBron James (17 percent).

Now if you were generating this many posts and tweets, you would definitely be popular in no time. Which brings to my point – how powerful is social media nowadays?

Powerful and very influential is my answer. Not only because Facebook and Twitter are two of the most popular websites in the internet world today, the fans (all over the world) are the ones sharing the posts – the viral effect is in full swing here. One post from one fan will reach all his or her friends on Facebook, and if another friend shared it with his or her friends, the same viral effect would happen. No other technology can match this sharing speed at this time.

What’s happening to Lin right now is unprecedented – a Cinderella story really. But I hope all these sharing will not put too much pressure on Jeremy Lin. Expectations are high. Almost everyone expects Jeremy to do good and win more games. Everybody is expecting something big will happen in every Lin game – buzzer beaters, dunks, no look pass, and more. Question is – what if none of these happens in a game. More so, what if the Knicks loses the game?

I have talked to people who, initially, were fascinated with the rise to stardom of Jeremy Lin. These very same people are now getting bored with all the Lin posts they are getting on their Facebook news feed. Articles and videos are all over their news feed and repeatedly shared by their friends – and these are starting to annoy them. Anything that is too much is bad right?

I really hope Lin can handle all this attention and just play his best in every game. What I don’t want to happen is for everything to be short-lived for Lin. Basing from his story, We can say that Jeremy Lin is a good person and deserves all the success he is getting now. He remains humble and level headed. And I admire him for that. Congratulations and more power to you Jeremy Lin.

As an added note – have you ever wondered why Jeremy Lin is wearing the number 17? According to Lin – “Seven is one of God’s numbers that he uses throughout the Bible, and I chose 17 because the ‘1’ was to represent me and the ‘7’ was to represent God.”

Share:
Previous Post PR firms will have or will offer a Mobile Application In 2012
Next Post Parents aware of only half of cyberbullying incidents, research finds