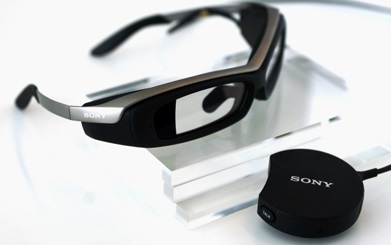 Sony is currently developing the SmartEyeglass transparent lens eyewear. In line with the preparation of the commercialization of this product in 2016, they are releasing the SED-E1 “SmartEyeglass Developer Edition” that will be sold in Japan, United State, United Kingdom and Germany starting March 10, 2015. This release aims to encourage developers to explore the possibilities and create applications for the device.

The device is now available for pre-order in the UK and Germany and will be available for sale to enterprise customers in France, italy, Spain, belgium, the Netherlands and Sweden. This is also to promote the development of apps geared toward industrual use. It will be sold via dedicated SmartEyeglass page of Sony Developer World – the application development support website for Sony products.

Aside from the hardware, there will also be a Software Developer Kit (SDK) for the SmartEyeglass. This is the updated version of the Developer Preview SDK that was released last September 2014.

The SmartEyeglass is equipped with a CMOS image sensor, accelerometer, gyroscope, electronic compass, brightness sensor, and microphone. It also feature a unique hologram optics technology to develop a lens that is capable of high level of transparency, about 85% and a thinness of 3.00mm.

Previous Post HTTP/2 is done, the first update of HTTP in 16 years