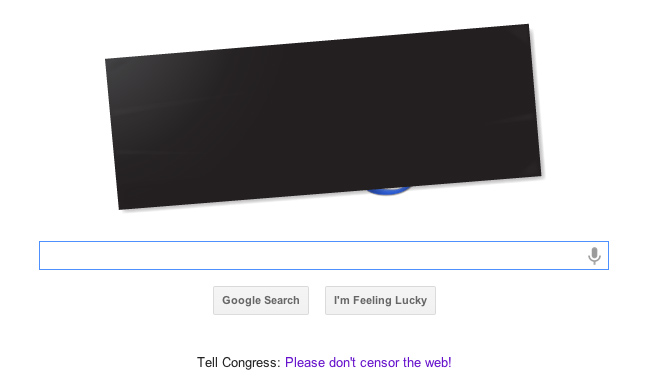 The internet experienced what some say is the first blackout of cyberspace when some sites, particularly Wikipedia, decided to suspend its operations due to its objection to two bills, namely the Stop Online Piracy Act (SOPA) and the Protect IP Act (PIPA).

PIPA if passed will give U.S. corporations and the government the right to seek affirmative legal action with any website that they see as enabling copyright infringement whether of U.S. origin or not. In other words, they will have the following authority:

On the other hand, SOPA, if passed, will provide the government and private corporations the following:

If we are going to look closely on both SOPA and PIPA, we could say that this is a form of censorship, perhaps even worst than censorship. PIPA will penalized content providers while SOPA will penalized web operators, advertisers and ISPs.

Imagine these scenarios: What if a child sings a song and uploaded a video, is that copyright infringement? What if a user posted a picture, a video, quoted a text from a site and posted it on Facebook or Twitter, is that copyright infringement? If yes, then Youtube, Facebook and Twitter will also be penalized under SOPA. Imagine if SOPA and PIPA were to exist now – we will not have a Charice or an Arnel Pineda.

Mark Zuckerberg, Facebook founder has this to say “The Internet is the most powerful tool we have for creating a more open and connected world. We can’t let poorly thought out laws get in the way of the Internet’s development.”

I tend to agree with what Zuckerberg said. There are a lot of vague issues surrounding the web. When do you consider a certain content violating copy infringement? And with the internet containing vast content, how much will be spent just to monitor all the content?

Why am I raising these issues? Because it’s not far fetched that our government will apply both SOPA and PIPA into our own laws. Will it curtail innovations? Definitely. And you can expect cases be filed left and right and websites shutting down because of the so-called violations brought about by SOPA and PIPA. I hope this won’t happen.