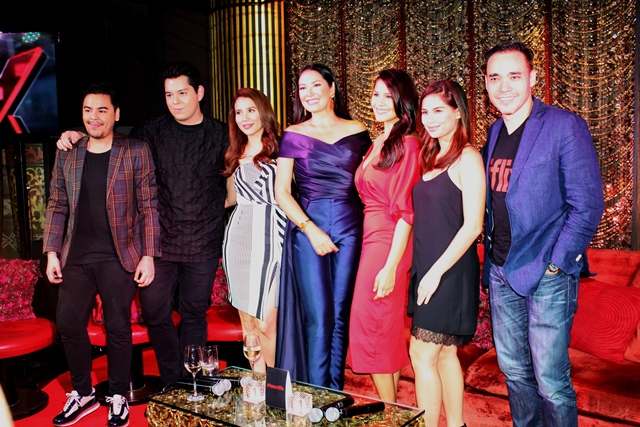 From starring roles in the country’s most iconic films to thriving music and acting careers, Iza, Jasmine, Ruffa, Raymond, Richard, Jm and Karylle are prominent icons of the Philippine entertainment industry.

Mark Britt, iflix Group Co-founder and CEO, says: “It is a tremendous honor to have exceptional celebrities of such caliber join us a shareholders. Now, along with our advisory board of Hollywood’s most elite executives, we have unquestionably one of the most formidable profiles and strongest networks in the entertainment industry both in the Philippines and internationally “.

“At iflix, we are committed to working with the best partners in all areas from technology d content to marketing and distribution. These partnership with the Philippines’ leading entertainment icons are a testament of this pledge. We look  forward to benefiting from their tremendous experiences and wealth of knowledge about the intertainmet industry in their role as our adviser,” Britt added.

Sherwin Dela Cruz, iflix Philippines Country Manager, adds: “We created iflix to be new paradigm in entertainment, to change the way people watch TV shows and films. With Iza, Jasmine, Ruffa, Raymond Karylle, Richard, JM and Karylle, we believe we are able to take strong, forward steps down that path together.” As partners in the Business, Calzado, Curtiz-Smith, Rodriguez and Tatlonghari-Yuzon, and the Gutierrez siblings will also play key roles in jointly developing projects to iflix original productions, as the Company moves forward with its plans for original content with committed budgets and negotiations with independent local producers and studios.

“I am so proud to be part of the iflix family. they are doing an incredible job changing the way people are entertained throughout the Philippines, Asia, and soon – the world, ” says award-winning singer and actress Karylle.

Jasmine Curtis-Smith, who stars in a number of films and TV series featured on the service (such as the thriller Jasmine), says: “iflix is an extraordinary opportunity to be part of a revolutionary change in the way the people of Southeast are entertained. I am proud to be part of iflix and I cannot wait to share my excitement with everyone.

Now available in Malaysia, Thailand and the Philippines, iflix will continue  to roll out its world-class service to additional key Southeast Asian markets in coming months. With over 750,000 subscribers five months since launching, iflix offers consumers the largest library of Top Asian regional, and local TV shows and movies available in the region. Each subscription allows users to access the service on up to five devices, including mobiles, tablets, computers, and television sets, for viewing whenever. The service is affordably priced at only P129 per month in the Philippines for the unlimited access.