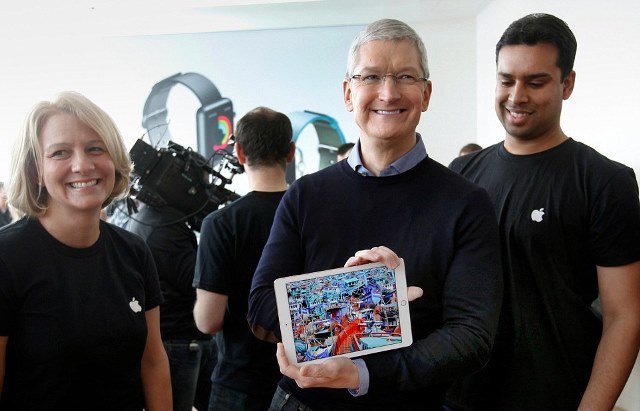 Last Monday, (March 21, 2016) the tech giant has made a breakthrough as they went back to their roots by uncovering their 4-inch handset dubbed as the iPhone5 SE. Apple CEO Tim Cook said that the iPhone5 SE has the same performance as the iPhone 6S and literally double the speed of an Iphone5S. It comes with 12MP eyesight Camera, focus pixels, true tone flash, new image signal processor and panorama up to 63MP which can also capture live photos. iPhone5 SE comes in 4 different colors including rose gold. In the same event, they also introduced a much cheaper Apple watch bands including a black version of the Milanese Loop, new colors of Hermes straps and another line of bands made from nylon which has a unique four-layer construction that appears aesthetically similar to the sturdy style straps popularized by modern diving watches. During the press conference, they have also announced the new Ipad Pro which also comes in 4 different colors. It is smaller than the original Ipad Pro, now has an A9X processor and RAM upgrades far from the 12.9-inch version. The new iPad Pro has two new four-channel ambient light sensors that measure both brightness and color temperature to adjust the display accordingly.

They also unveiled the following: Apple CEO Tim Cook also announced that the company is moving into a new circular headquarters this 2017.