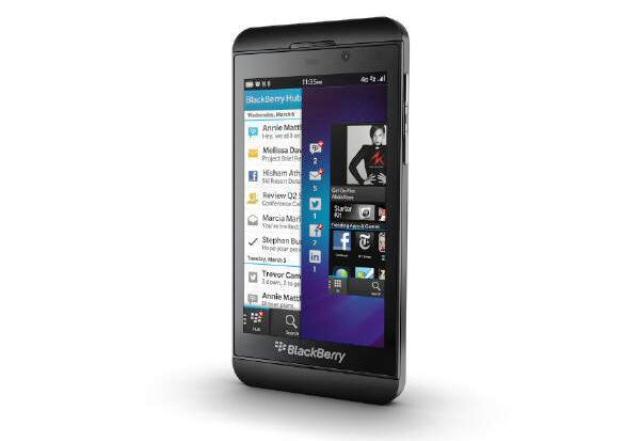 Remember when Blackberry used to be cool? Right, you don’t. Well, the struggling brand is still kicking and teasing with the imminent launch of its new OS, the Blackberry 10.

The problem is the word “imminent.” Some say it won’t be available until March 2013. And while we’re waiting, RIM has already handed out the Dev Alpha phone.

It’s quite the looker, with sharp lines in contrast with the current crop of curvaceous phones. It kind of looks like a small Blackberry Playbook, which isn’t a bad thing.

Due to having the unfinished BB10 software, the Dev Alpha’s performance can’t quite be judged just yet, though RIM is promising a slew of new features, the most of important of which is a new way of multi-tasking. RIM said that with BB10, you wouldn’t need to open and close applications the way you do with iOS and Android. Navigating in BB10 will rely more on touchscreen gestures instead of buttons that will supposedly have you flowing through programs. Nifty PR speak if you ask me, but it does seem promising if it can be implemented nicely. And with RIM’s current fortunes, it’s all or nothing.