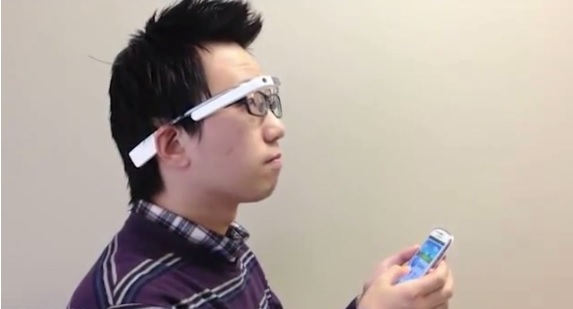 Most of us are inclined to use our phones more often that we should, but some are having a much harder time with little screens which are impossible to use. However, now, researchers have developed a way of making it possible to those who has had difficulties in seeing icons and texts on their phone screens.

With a pair of Google Glass and a smartphone application, it is now possible to project and magnify images to the screen just by moving a user’s head to navigate around a different portion of one’s device.

According to an article from Daily Mail, Dr. Gang Luo, Harvard’s Medical School lead researcher, on a report on their technology tin, the journal IEEE Transactions on Neural Systems and Rehabilitation Engineering, “This application transfers the image of smartphone screens to Google Glass and allows users to control the portion of the screen they see by moving their heads to scan, which gives them a very good sense of orientation.”