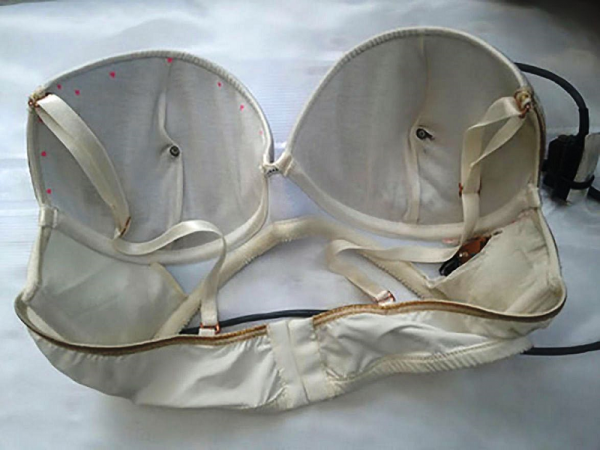 According to researchers from Colombia National University, they have made a breakthrough and developed a bra that detects breast cancer.

By sensing body temperature fluctuations using its two infra-red sensors,  it could predict the presence of anomalous cells. When changes are detected, the bra will give a warning signal to the wearer by using different three-light warning system, a green light meaning no issues have been detected, a yellow light suggesting that another test needs to be conducted, and a red light warning the user to visit a doctor to receive a proper medical exam.

The team of researchers aim to innovate in the prevention of the disease whose late diagnosis makes it much difficult to adapt into treatment.

Maria Camila Cortes Arcila, a student and a member of the team, said that “When cells foreign to the mammary glands are present, the body requires more blood to circulate in the area where the invasive cells are, and thus the temperature rises.”

This project has been developed by the students and electronic engineering professors at the university since June of last year (2015). They have tested 189 women, of whom 166 were healthy, four had cancer and seven had undergone a mastectomy and 12 of the participants showed some mammary gland pathology other than cancer.

This breast cancer-bra-detecting-technology however is not made to do the physician’s job, but instead improve prevention with a bra that they will now try to develop and sell at an affordable price.

Researchers are still working on making this initial prototype bra better in the laboratory of Colombia’s largest public university.

Next Post Researchers develop an algorithm that detects drunk tweets